All those changes, it just gets better and better.

Joyce is project leader of the ‘Study & Student Success’ programme

Although Joyce has always worked at BUas, she never gets bored. ‘BUas is changing all the time, so with every new job it is as if I am working somewhere else every time.’ She started her career 28 years ago at the Nationale hogeschool voor toerisme en verkeer (National Institute of Tourism and Transport Studies), which was later called NHTV, and was changed to Breda University of Applied Sciences in 2018. She also studied at NWIT (the very first name of BUas) herself and was tipped after graduation by her case supervisor about a vacancy at BUas, because she was a super fast typist. 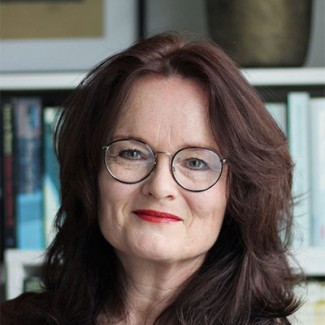 The people I work with are all very passionate people, who want to inspire each other and the students and who all want to contribute.

Joyce started as an administrative support assistant on projects related to tertiary sources of funding. Later she became project manager, head of Bureau Buitenland and then Coordinator of Scholarships and International Admissions. After that, she became head of Bureau Buitenland again, which is now called International Office, and head of Student Office. Over a year ago, she took on the position of project leader of the Study & Student Success programme. Under this programme, academies are supported to enhance study success and student success. In addition, based on her old role as head of Student Office, she is part of the corona crisis team.

In all those years, she has seen the organisation change enormously. ‘We started out with two study programmes, and after that new programmes were added all the time. We have also become much more international and we now have a beautiful campus. All those changes, it just gets better and better.’ BUas is really in her DNA. ‘The organisation is changing, but I am changing along with it. It is a matter of interplay,’ Joyce says. ‘The international working environment and all those passionate people make working at BUas a true joy – day after day.’