Bringing a secret story to life in period rooms at the Markiezenhof.

This project was part of the redesign of museum/city palace the Markiezenhof in Bergen op Zoom, the Netherlands. The redesign follows the narrative concept we developed back in 2017 for Markiezenhof as a whole, which is ‘public secret, secret public’.

The purpose of the redesign and therefore also the vision we worked with was to focus on secrets within the authentic stories from Bergen op Zoom, but also to have visitors interact with ‘secrets’ as a phenomenon. For the three period rooms at Markiezenhof we reframed the authentic story of the marquise Marie Anne van Arenberg. This marquise’s life was full of secrets, including a secret marriage way below her status, which even led to her being cast out of the family. To make the story as interactive as possible we chose to display pre-recorded scenes such as a dining scene and a dancing scene and letting the visitor guess what happened next from episode to episode. Whilst the visitor walks through the period rooms, they can interact with the story, making them part of the story. 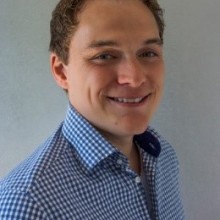 Take a look at the museum and the applied techniques.

More information on this Markiezenhof research project is available through: