Professor J.S. Perry Hobson has been appointed as the new Director of the BUas Academy for Tourism, starting January 2022. 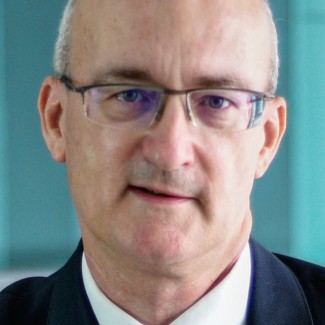 Perry Hobson (58) has gained a significant reputation in the field of leadership in tourism and internationalisation. Not only has he managed two large universities for tourism and hospitality in two different countries, he also led the development of university-wide internationalisation strategies at the senior executive level at two different universities. As an academic he is recognised for his research in tourism and for over 22 years he was the author of a leading applied tourism marketing journal.

Currently Perry Hobson is Professor of Tourism and Pro-Vice Chancellor at Sunway University (Malaysia), and before that he was Pro-Vice Chancellor and Executive Dean at Taylor’s University (School of Hospitality and Tourism Management). From 2006 to 2011 he was Chief Executive Officer at the International Centre of Excellence in Tourism and Hospitality Education (THE-ICE), after having held other academic positions such as at the Hong Kong Polytechnic University. Perry Hobson holds the British nationality and is married. In 2012 he moved from Australia to Malaysia to work at Taylor's University for many years before literally crossing the road to join Sunway University. In the nineties he briefly lived and worked in Friesland and he is looking forward to returning to the Netherlands.

He holds a PhD in Tourism (Southern Cross University, Australia), a Master’s degree in Hotel, Restaurant and Travel Administration (University of Massachusetts) and a BSc (Honours) in Hotel and Catering Management (Oxford Brookes University).

Perry Hobson on his new job at BUas: ‘I am very enthusiastic about the opportunity to join BUas to help promote a positive, enjoyable and supportive work environment. I look forward to collaboratively shaping a new post-COVID vision for the academy and creating innovative learning environments which will challenge students.’

Jorrit Snijder, President of the BUas Executive Board: ‘We are very proud and happy to welcome Perry Hobson as our new Director of the Academy for Tourism. He brings impressive knowledge of the tourism industry, a wealth of leadership experience at several international universities and a broad relevant network. He is the perfect leader in managing the transformation of our BUas Academy for Tourism into a new stage and will inspire BUas to grow further as an international knowledge institute.’