In 2021, the Grand Prix of the Netherlands in Formula 1 returned to Zandvoort after 36 years. Millions of people from across the globe watched it, and friends and foes swiftly agreed: the event was a resounding success. Breda University of Applied Sciences (BUas) has now completed an academic research into the economic, social and societal impact of this event. The positive results of this research were published [here] on 26 January.

The added economic value that is created is €8.9 million for Zandvoort and €23.2 million for the  AMR (including Zandvoort), respectively. This added value was calculated by researchers on the basis of a percentage of extra spending minus proceeds from ticket sales.

The number of jobs related to the amount of spending is 244 in Zandvoort and 498 in the AMR (including Zandvoort).

It is worth mentioning that these figures, even with 2/3 of total capacity as a result of the corona measures, were higher than the forecasts from the 2017 Desicio research.

Some more figures from the BUas report:

Residents, entrepreneurs and visitors were very positive about how they experienced the event.

Residents
82.4% of residents thought they would remember the event for a long time, 87.2% were impressed by the event, and 88.1% said they enjoyed it; 88.9% said the event positively surprised them.

Visitors
Visitors were fairly unanimous about the good atmosphere: 93% agreed or fully agreed with the statement ‘there’s a good atmosphere in the village’. 92% of visitors felt welcome. The people visiting the circuit were very satisfied with the atmosphere, rating it, on average, 8.9. Visitors obviously had a memorable day out, with the ‘atmosphere’, and the ‘experience’ found regularly in the comments under ‘wanting to return’.
All three target groups are unanimous about their feeling of safety in Zandvoort and during the event. They felt safe; only 4% or less felt unsafe. They rated the event, on average, 8.3. 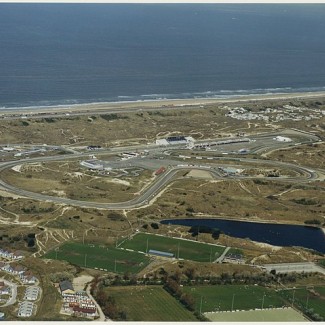 The ambitious mobility plan of the Dutch Grand Prix resulted in more than expected positive figures regarding sustainability requirements. The goal was to be a car-free event in three years’  time. And that was largely achieved in 2021 with fewer than 5% of visitors coming to their destination by car. The event remained easily accessible due to this distribution of various means of transportation, and visitor arrivals and departures went smoothly.